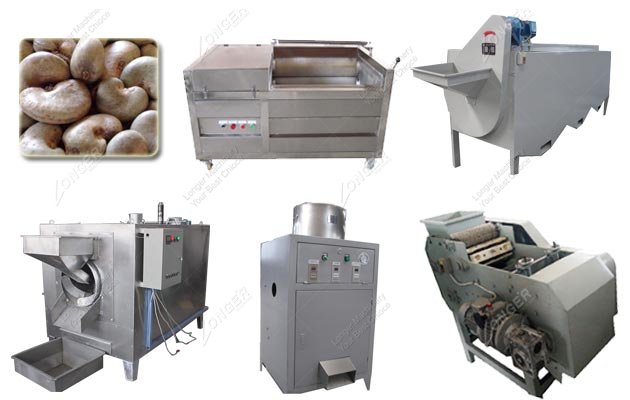 Step 1. High temperature fumigation
Fresh cashew has a hard, thick green shell outside, which is rich in oil and toxic. After exposure, the skin will appear allergic symptoms and even lead to life danger. First of all, the raw cashew with shell should be fumigated at high temperature in more than 100 centigrade boiler through the process of disinfection, insecticidal and sterilization.

Step 2. Shelling cashew nut
For the cashew with soft shell after cooking, it can be mechanically shelled or professionally artificially shelled (the operator should do skin protection). Cashew shelling machine can cut cashew shell and get cashew nuts.

Step 3. Automatic drying cashew
Principle of the new type of cashew drying machine using air heat pump drying process, there are a number of optional mode, according to the characteristics of the cashew shell, by setting the parameters of intelligent drying drying machine control system of cashew nuts, cashew drying machine to remove most of the water, until the fruit dehiscence, nuts and skin preliminary cracked. The kernel continues to enter the follow-up process. 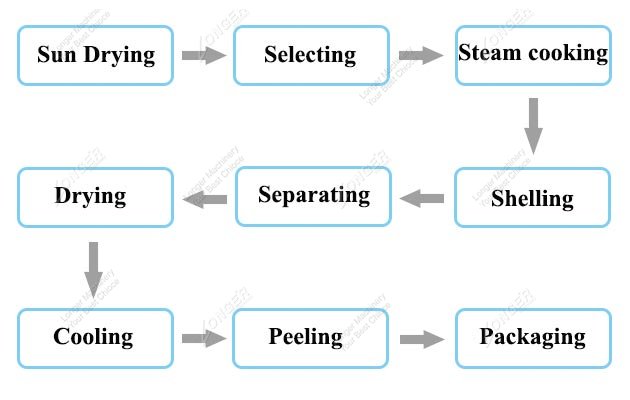 Step 4. Peeling cashew
The professional cashew peeling machine using the principle of gas method peeling, can be perfect to remove the cashew peel, to get the white lumber kernel.

Step 5. Polished and sorted
After being sterilized, sterilized, dried and shelled, cashew nuts need to be grind, coloured and sorted for grading. This is why like peanut, almond, walnut, pecan, macadamia nuts and so on are shell products sold in the supermarket, and it must be after cooking to cashew shell toxins, could come into the market.

Step 6. Processing cashew kernel into a delicious snack
According to people's different taste needs, the raw kernel can be used to make charcoal burning cashew, salt cashew, honey cashew, roasted cashew and so on. The following are briefly introduced: 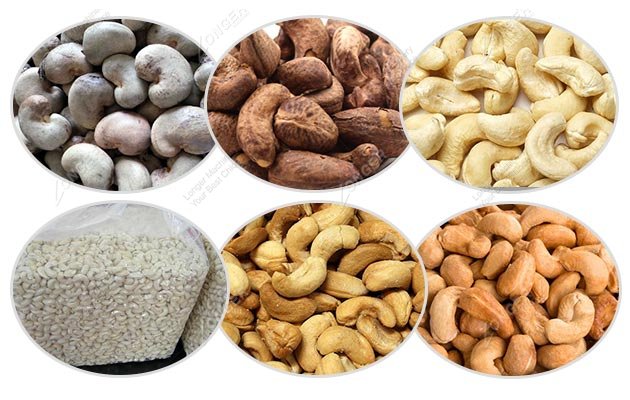 Salted Cashew: salt baked in the pan with a layer of salt layer of cashew nuts, pot bottom and the pot above for salt, closed the lid, with a small fire after boiling, and then can be stuffy after.

Honey cashew: the cashew first cooked, mixed with melted butter and honey mixture to each of the cashew nuts. Bake again, then color, salt and sugar.

If you are interested in the raw cashew nut processing machine, just feel free to contact us.