By Serena
The China Import and Export Fair, also known as the Canton Fair, was established in spring 1957. It is held annually in Guangzhou in the two quarter of spring and autumn. It is jointly sponsored by the Ministry of Commerce and the people's Government of Guangdong Province, and is hosted by the China foreign trade center. It is China's longest history, the largest, the most complete types of goods, the largest number of buyers, and the distribution of the country's most extensive, the best results, the credibility of the best international trade fair. The 122nd world machinery exhibition will be held on 15-19 October,2017. The booth number of Zhengzhou LONGER Machinery is 8.0I12. Welcome to attend.
The Canton Fair after the reform 61 years of innovation and development, experienced a severe test of various strengthening China has never been interrupted, and the world trade show China image and development achievements, is a high-quality platform China enterprises to exploit the international market, is the implementation of guiding the demonstration base of China's foreign trade development strategy. Has become China's first foreign trade promotion platform, is China's foreign trade barometer and vane, is China's opening to the outside world, miniature and signs.

At the 121st session of the Canton Fair, the cumulative export turnover of about $12635, the cumulative number of overseas buyers about 8 million 30 thousand people (Note: when 1 people came to the meeting 1 times). At present, the fair has an exhibition scale of 1 million 180 thousand square meters, with nearly 2.5 participating enterprises both at home and abroad. About 200 thousand overseas buyers from more than 210 countries and regions attended the fair.

At present, the fair is in accordance with the letter of general secretary Xi Jinping and Premier Li Keqiang instructed the direction, innovation, harmony, green, open and shared development concept as a guide, active and innovative institutional mechanisms and business model, continue to enhance the internationalization, specialization, marketization and informatization level, the construction of the wisdom of the fair "and" Green Fair "actively promote the export trade from the single function platform to meet customers, negotiate, exchange, exhibition industry information, product promotion and other comprehensive function of the platform change, play a better all-round opening platform, the use of two markets and two resources at a higher level. 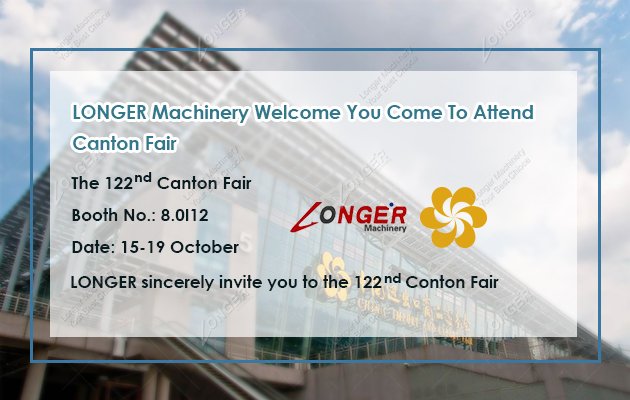